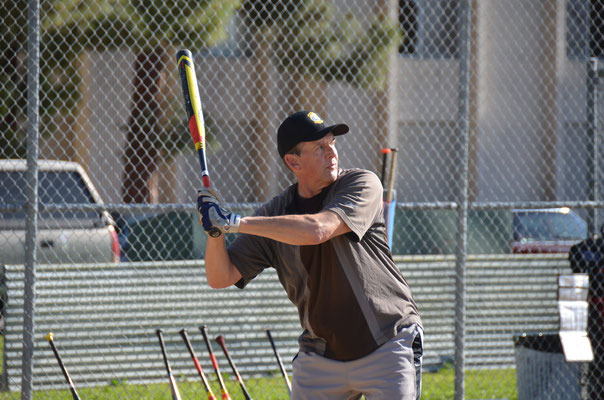 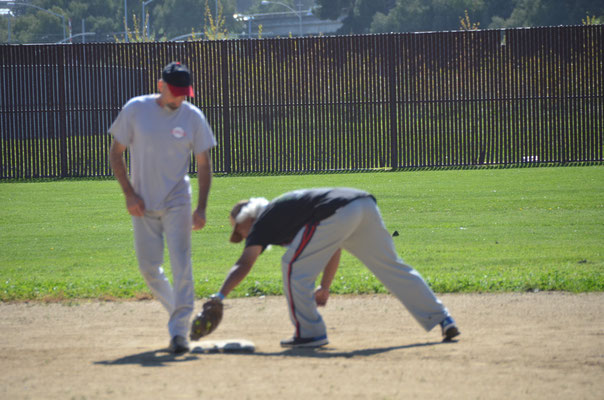 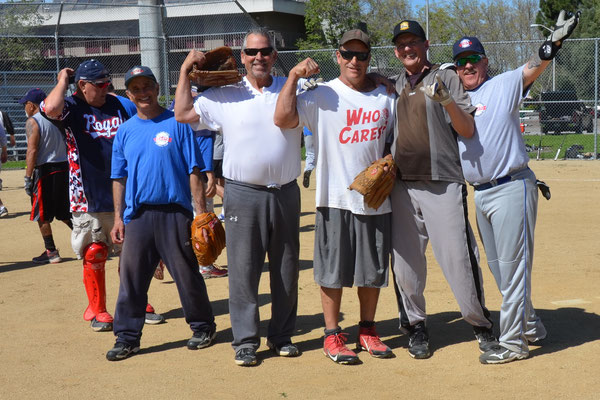 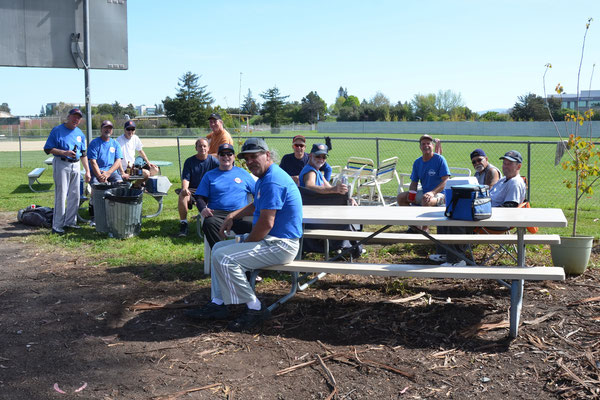 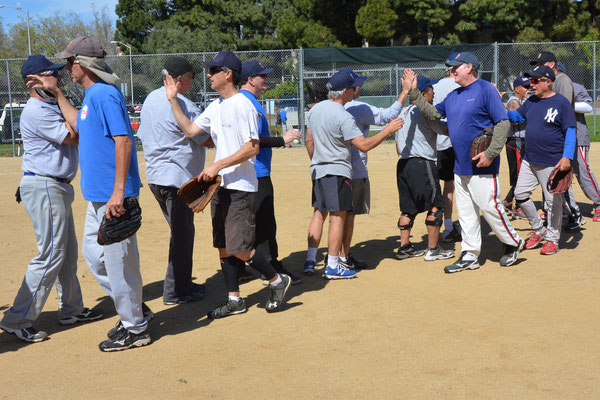 The Vintage Softball Club of Santa Clara County, a California not for profit corporation, was founded in 1987 for men and women 50 years and older to play slow pitch softball. With over 200 active members, we offer both weekend and weekday leagues that enable players of all skill levels- some players are novices, most are intermediate and a few are actually in the Senior Softball Hall of Fame- to participate in organized softball as many as 5 days a week, 52 weeks a year. To play, all you need is a bat, glove and payment of a nominal annual membership fee.

For those who paid dues in 2020, no dues will be charged for 2021, unless you are increasing/upgrading the leagues you play in. Of course, no new dues will be required until we resume play.

Dues will be unchanged for 2021, remaining at $125 for if you play in 2 or more leagues, $100 for one league (Tuesday, Thursday and/or Saturday). The Fun or the Weeknight League are $50. (Note that the Weeknight League is free to members who play in one of the other leagues).  You can pay by PayPal using the form below, or by giving a check/cash to any Board member or manager.

Playing Vintage Softball creates bonds that last for years, or even decades. Here's a note we received from one of our players who despite having moved out of the area, still continues to be a club member!

Just paid my dues for the 24th time. I have been a member of this organization for a few years now. I haven’t played in San Jose in 9 years,  but I am on mailing list and I have paid my dues every year since I joined back in 1995. I think I have all the meeting minutes filed away somewhere on this computer.

I have one of the old Vintage wind-breakers with the old logo on the back. I have an old hat as well but it starting to have an odor about it that some of the guys here offer hats for free just to bury it. But, I wear them constantly because I’m proud of Vintage. And a little publicity for the bay area doesn’t hurt – right?

I have been playing here in Fresno since 2009 and I am planning to play a few more years. I think they will have to carry me off the field to make me stop. But I do publicize the camaraderie that Vintage has had over the years. The best bunch of guys – EVER! The “Vintage softball club” will always be important to me. You can count on that. It made me feel young again and the people that I have know over the years is impressive. They were all family for sure….

Interested? Please visit our Join Us page for information about how to sign up, and be sure to check out our Limited Time Offer for New Players (details below).

Bobby Moore, longtime Vintage player and manager passed away on March 2nd. From his family: Hi Softball Friends of Bobby Moore, This is David, son of Bob. I have known many of you since I was a teenager as softball players and good friends of my dad. His wife and my mom Sandy wanted to let you know that he passed away this morning at 1:30 a.m. Thank you for all the great memories and championships you shared with my dad as a player and manager. I always knew that if you were a good player AND a good man, my dad would find a place for you on his roster. He is now in the "Field of Dreams" playing catch to his hearts desire. Either myself or Sandy will keep you updated on arrangements, etc. The Moore Family

We are saddened to announce that long time Vintage member Vern Enriquez passed away last month. Vern touched many of our lives over the years and will be truly missed.

Services will be held  at 10am on March 20th at Cedar Mortuary at 48800 Warm Springs Blvd. in Fremont.

Unfortunately, not too long after his retirement from softball, Bob Sebring has passed away. There will be service held for Bob on February 12th, 1 pm at Oak Hill. See the Facebook post below for more details.

Bob was a long-time Vintage member, a larger-than-life competitive softball player. He will be missed!

(Pictures thanks to Ric Ferras)

John Robert Sebring May 13, 1943 - Feb. 4, 2021 Resident of San Jose John "Bob" Sebring passed away on February 4, 2021, of natural causes. Bob was born and spent his entire life in San Jose, CA. After high school, he enlisted in the United States Navy where he served four years on the USS Alamo and Tortuga. After his service was over, Bob went to work full-time with PG&E. While working full-time he earned a B.S. in Business Management from San Jose State University. Bob's passion was softball. His softball career spanned over five decades and in 2017, he was inducted into the NCSSA Hall of Fame. Bob traveled all over the United States playing in various championship tournaments. Besides softball, Bob enjoyed being outdoors, vacationing on cruise ships, going to the movies and rooting for the SF 49ers, SF Giants and SJSU Spartans. Bob was preceded in death by his loving wife Nancy, who accompanied him on his softball endeavors, and his son Todd (1965). He is survived by his sons Troy and Jason, eight grandchildren, two great granddaughters, two great grandsons and his niece. Bob was adopted and had just met his biological father's family, which was one of the great joys of his later life. Bob is also survived by his companion Maryanne Seip-Freitas, whom he was fortunate to have had in his life for his last three years. Graveside service will be held at Oak Hill Memorial Park at 1 p.m. on Friday, February 12, 2021. View the online memorial for John Robert Sebring

You may have noticed a photographer taking pictures during our Tuesday/Thursday/Saturday games. Lisa Unruh has kindly been snapping action (or not) shots of many of us, highlights of which are shown at the bottom of this page. She has set up an album that anyone can access, so you can see and print out your own pics at https://vintagesoftballsc.shutterfly.com. You'll need to sign up for a Shutterfly account if you don't have one. Thanks Lisa!

The next Board Meeting is scheduled for May 4th. Minutes from the March meeting are posted on the site in the Handbook/Rulebook section.

Each year in November, we have historically worked with Ray Miranda in a charity effort, Toys for Tots. While this year will not allow for a toy drive, we are partnering with Ray for donations to the same charity. For those who want to donate, checks can be made out to the Church involved, Templo Juan 3:16, sent in care of Ray. All donations are tax deductible. Details, including contact information are in the flyer below.

2020 Election results for Vintage Officers and Board members are complete. All returning officers and directors were re-elected. In addition, Kent Gaynor was added to the Board, replacing Brian Adams. And the Fun League has a new commissioner, John Leong, replacing Tom Simpson. Welcome to Kent and John, and thanks to Brian and Tom for their service to Vintage.

Download this terrific public service announcement video prepared by our own Gopher Gold.

Still out at Moffett!

AEDs. We have an AED (automatic external defibrillator) at each of our fields. Check out this link for more information about CPR and the use of AEDs.

As per the county requirement, we have submitted our social distancing protocol to the county. A copy is available below.

Thanks to Lisa Unruh for taking these great pics!

Fun on a recent Saturday....